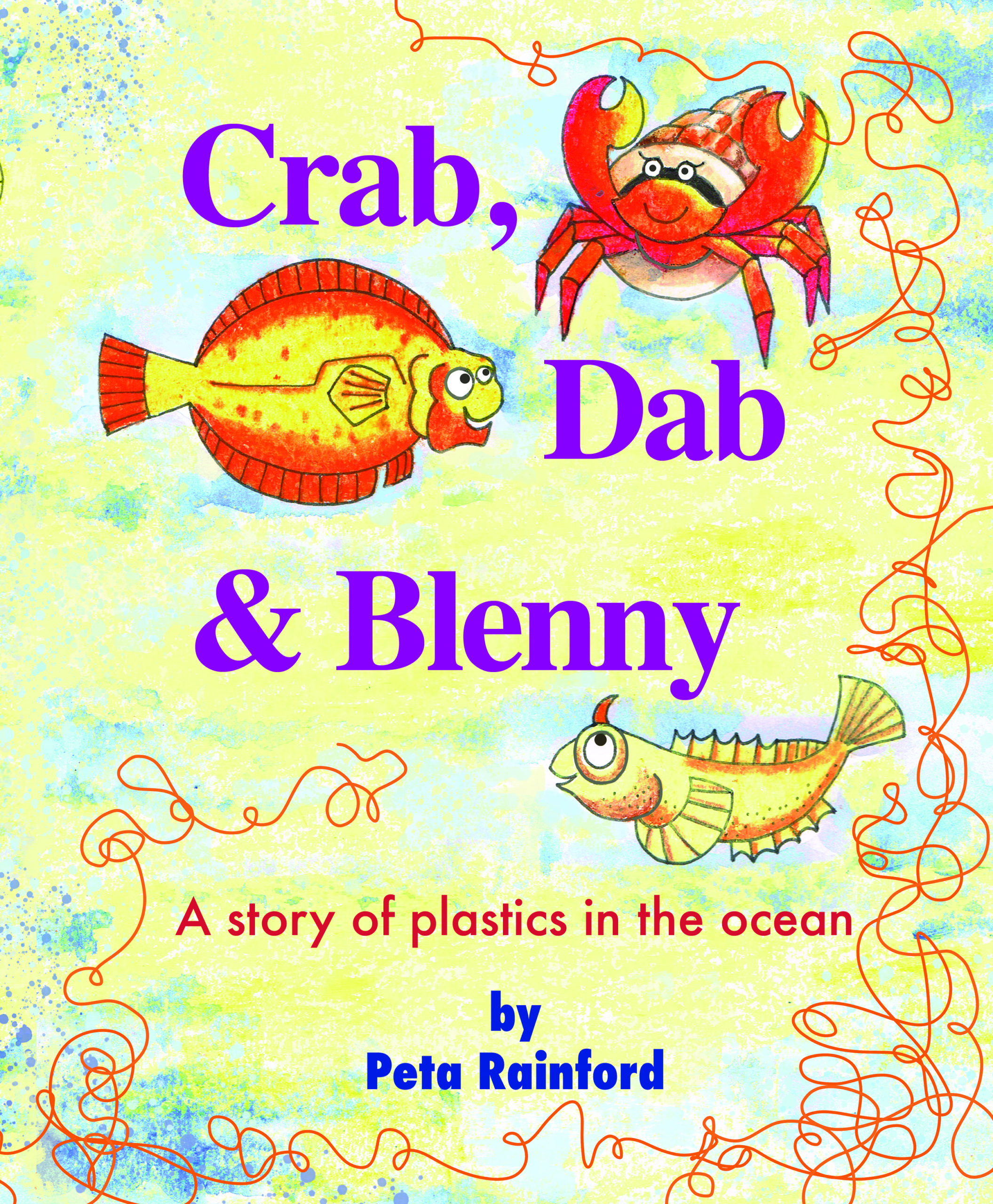 Ever since she was a child, Peta Rainford has been fascinated by rockpools. “While I love spending time on the beaches of the Isle of Wight, like a lot of people, I get upset when I see the amount of plastic washed up by the tide” she says. “So I decided to write a picture book that combined creatures in a rockpool with the issue of plastic pollution. Crab, Dab & Blenny is Peta’s second rhyming picture book to weave an important environmental issue into a children’s story: her first, Jacob Starke Loves the Dark, isn’t just about a little boy who’s afraid of the dark, but, inspired by the dark skies of the Isle of Wight Biosphere, is also about the harmful effects of light pollution on the natural world.

“Although I have always loved rockpools, I didn’t know the names of all the fish, shellfish and seaweeds I found there, so decided to do some research” Peta says.  “My story isn’t specifically set in St Helens, but I only wanted to include species that could realistically be found there. I discovered there might be seaweeds including peacock’s tail, bladderwrack, oyster thief, gutweed and sugar kelp. Doing the research certainly enriched my vocabulary!

I discovered I might find scorpion fish, pipe fish, butter fish, blenny and dab. I decided to make Blenny and Dab two of my main characters, mainly because I liked the sound of the words, but also because dab rhymes with crab!

My research also looked at the impact of plastic pollution: did you know, for example, that scientists have found that microplastics in the ocean are affecting the ability of hermit crabs to select the best shell to live in? I hope children enjoy Crab, Dab & Blenny and that it inspires them to explore rockpools and do their bit to reduce plastic pollution!”

Style of Wight has two copies of Peta’s new book Crab, Dab & Blenny to giveaway. Why not also share your family’s rockpool discoveries with us on social media, using the hashtag #crabdabandblenny